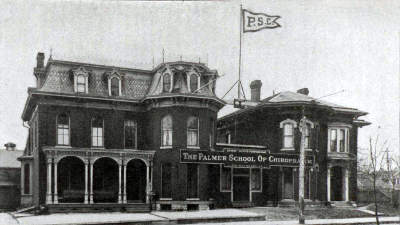 The history of chiropractic care dates back over 5,000 years ago to ancient China and Greece. The manipulation and the maneuvering of the lower extremities to ease low back pain has been going on long before it became a profession.

In 1895, the practice of spinal manipulation started in the United States when Daniel David Palmer, more commonly known as D.D. Palmer, discovered that a slight misalignment of the vertebrae alters its nerve flow, thus causing 95% of all diseases; the rest is caused by dislocated joints apart from the vertebral column.

The True Cause of Diseases – Palmer’s Chiropractic Theory 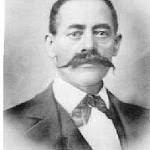 Palmer had an interest in health philosophies and finding the true causes of diseases. He practiced Magnetic Healing, a cross between massage and meridian therapy, which is based on the concepts of acupuncture and Chinese medicine. He gained knowledge from reading medical journals and worldwide developments in anatomy and physiology.
Palmer discovered the theory of spinal misalignments being the root of most diseases, when he met the building’s janitor, Harvey Lillard, who had been deaf for 17 years. He speculated that Lillard’s hearing impairment was related to the lump in his back. After applying a firm pressure to Lillard’s spine with his hands, Lillard regained his hearing.

The Palmer School of Chiropractic

Originally, Palmer intended to keep his discovery as a family secret, but a year later, he decided to open a school and spread his method. The word chiropractic was created by Rev. Samuel Weed, a friend and patient to DD Palmer. He combined the Greek words “cheiro” (hand) and “praktikos” (done), creating chiropractic, which means “done by hand”.
In 1897, Palmer founded a chiropractic school in Davenport, Iowa, and it is still one of the most prominent chiropractic colleges in the US today. In 1904,